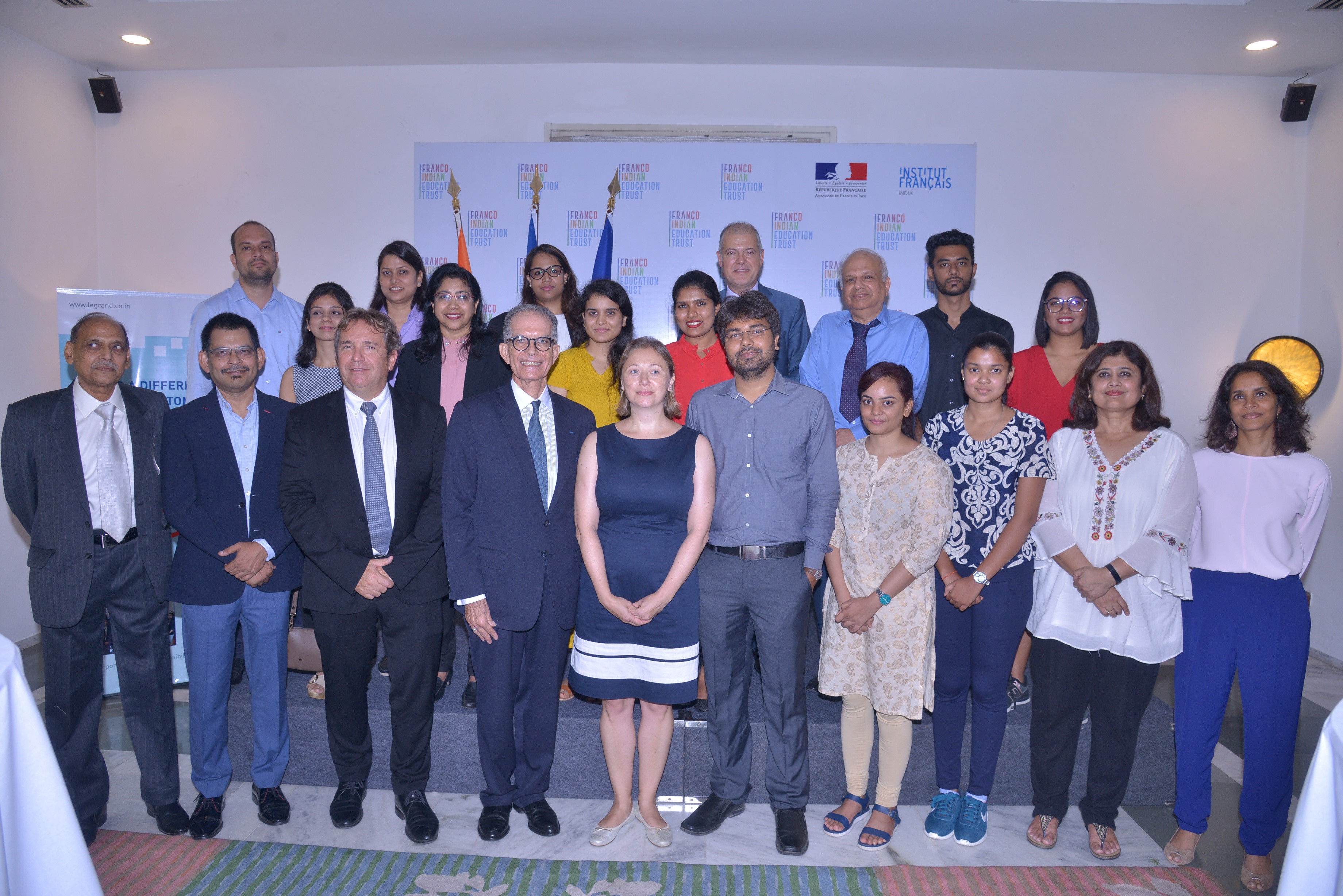 Kazem Samandari (left from centre) along with the recipients and officials at the Residence of France on Thursday, August 22, 2019

People may depart from the world, their memories do not.

Keeping the memories of elder brother Bahman Samandari alive, Mr. Kazem Samandari, Executive Chairman of L’Opéra, a high-end French Pastry, Bakery and Salon de Thé, and his family have instituted the Bahman Samandari Scholarship in partnership with the French Embassy and the French Institute in India.

Kazem Samandari along with Sambhavi Joshi, the recipient of the Bahman Samandari Scholarship 2019 (August 22, 2019)

On Thursday (August 22, 2019), Mr. Samandari met Sambhavi Joshi, this year’s recipient of the Scholarship who will follow her aspirations to pursue higher studies in the Culinary Arts at École Ferrières, Paris during a special felicitation ceremony held at the Residence of France (Ambassador’s residence). Sambhavi, a graduate of the Indira Gandhi National Open University, New Delhi will benefit from a monthly allowance to cover living costs in France, visa and campus fee waivers. Also, in attendance were the second batch of awardees along with other scholarship founders at the Embassy of France in New Delhi.

“My brother, Bahman Samandari, in whose name this scholarship has been established, believed profoundly in the power of education to establish a better world, in which all would live in peace, harmony and unity. He gave his all to this ideal. My wife Christine and our son Laurent join me in wishing the students all the very best.”

Bahman Samandari, an Iranian Baha’i influenced the lives of many positively.
He worked for many years with a large number of youths to meet their educational needs and dedicated his life to promoting peace and understanding among people.

The Scholarship annually calls for applications for Master’s, Exchange and
short-term study programmes in Culinary Arts.

More about the scholarship

1. To qualify, you must be a resident and citizen of India and at least 18 years of age or above.

2. Selection Process happens through online application and Telephonic/Skype interviews conducted by the French Institute in India.